Brigadier General Steve Ritchie, USAF, Ret. is the only Air Force Pilot Ace since the Korean War and one of the best public speakers.
2012 marked the 40th Anniversary of this unique achievement. Steve and his wife Mariana were hosted in Aviano, Italy with a 3 day celebration by his former fighter squadron, the 555th "Triple Nickel", 26-28 August 2012.

for an upcoming speaking engagement, please call 206-856-8485 or click here  to email us directly from our website.

General Ritchie and The Fighter Aces were awarded the Congressional Gold Medal on May 20th, 2015. 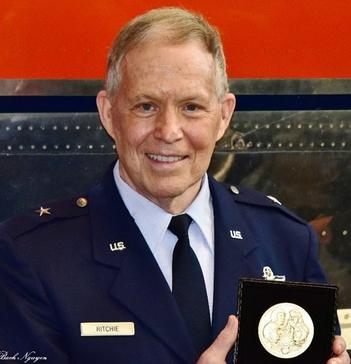 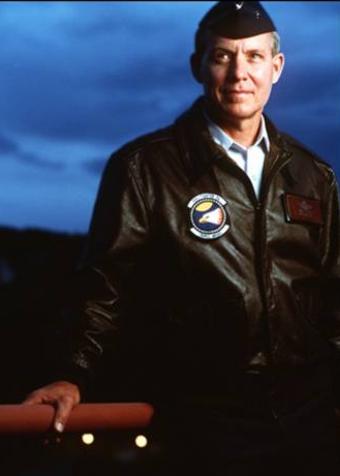 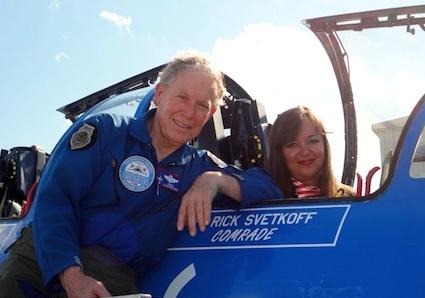 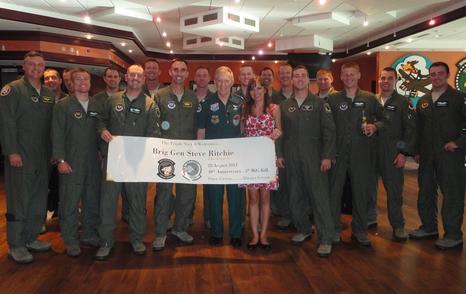 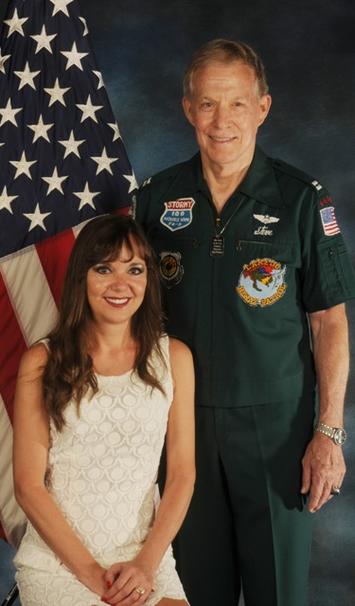 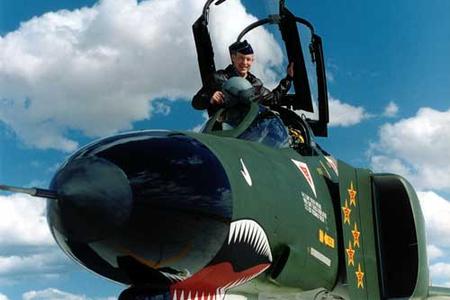 Originally from Reidsville, NC, General Ritchie began his Air Force career as a cadet at the Air Force Academy in the class of 1964 and was a starting halfback for the Falcons playing his final game in the 1963 Gator Bowl.

In 1965 Steve Ritchie graduated first in his class in Air Force pilot training at Laredo AFB, TX and four yrs later became one of the youngest instructors ever at the Air Force "Top Gun" Fighter Weapon School, Nellis AFB, NV.

He was one of the few Second Lieutenants selected to fly the F-104, Starfighter immediately following initial pilot training. And, he is the only pilot in the world to became re-certified in the Starfighter more than 40 years later.

During his second combat tour in Southeast Asia in 1972, then Capt. Ritchie became the only American pilot in history to down 5 MiG-21 enemy fighter airplanes, a record that will probably never be equaled.  During his 2 combat tours he became one of the most decorated pilots in Air Force history, including:

During his Air Force career he logged more than 4000 hours including  800 hours in combat in the F-4 Phantom during 339 missions in Southeast Asia.  General Ritchie left active duty in 1974, but continued to serve in the Air Force Reserve and The Air National Guard holding important positions at AF Headquarters in the Pentagon. He retired in 1999 after 6 yrs as Mobilization Assistant to the Commander of AF Recruiting Service.

He ran for the US Congress from NC, served in the Reagan Administration and has held various executive positions with civilian corporations. He is currently President of Steve Ritchie Associates, Inc. Motivational Speaking.

Steve and his wife Mariana travel nationwide speaking together. She is from Romania and grew up under Communism hoping that American fighter jets would come to free them and take her off to America.

Steve speaks on what it is like to fight communism and Mariana talks about what it is like to live under communist oppression.  This dynamic duo spread their infectious love of the American Dream to everyone they encounter. Those who attend events featuring the Ritchies will hear about their unique perspective on recent developments in American culture and incidents in foreign lands that involve Americans.

The Ritchies speak from experiences that have given them unique insight used to motivate and empower audiences to see more clearly and appreciate our freedoms more fully.